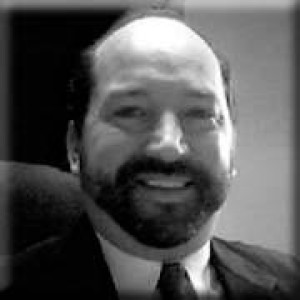 Previously we covered the cosmetic changes that took place in the WordPress version 5.5 release.

Now I want to cover the changes specifically related to the blocks and block editor.

So let’s first touch on the block library.

Let’s open the block library by clicking on the add block button in the navigation bar’s top left corner. Let us begin with the search for block feature because typically, this will go through all the currently installed blocks in your library and provide you with those that match the keyword or keyword phrases entered into the search for block box.

Begin typing the word ‘Cover.’ All the results that begin with those first few letters start displaying.

But let’s say you are searching for a block that you do not have installed.

Now, this thing called the block directory at wordpress.org/plugins/browse/block, is connected to your block library.

When a block is available at the Block Directory but not installed on your site, it will show up in your block search results as a possible add-on.

*See a demo in the video below.

These blocks can be downloaded and installed right from within our editor window, the same way as adding a plugin that you don’t have installed, but it is currently located in the wordpress.org plugins directory or the themes same way.

There are some pros and cons to this.

I just wanted to point out that the WordPress Block Directory is attached to your search function within your editor window.

Next up in these WordPress version 5.5 changes in the blocks library are patterns, which is a bunch of presets, frankly, a bunch of time-savers, if you asked me, and most, well actually, all the themes that I’ve tested so far have these presets, aka patterns.

You might encounter a theme or two initially that does not support patterns or ‘presets’ as I’m calling them. But for the most part, they will.

And if not now, they soon will. These are just major time savers.

For example, before patterns, you would manually build out those sections, with the image block, the text block, and so on. Now they are done for you.

Now let us talk about some of the changes to different blocks.

For example, in the image block, in the right sidebars block settings, under advanced, we now can add an HTML anchor to that.

You will now find this HTML anchor under advanced in many different blocks that weren’t there before the WordPress version 5.5 release.

Not only do we have this added HTML anchor option under advanced, but also we have within the inline toolbar for the image block, the ability to do some editing.

For example, if we wanted to crop the image, we can do that inside the image block’s inline toolbar.

So now, we can edit our images outside of & inside of the editor window.

NOTE: I still say it is best to do all your image editing before uploading it to your Media Library.

Because in the heading block, in our block settings in the right sidebar, we now have the background color.

Those are some of the significant WordPress version 5.5 changes in the blocks and the block editor window.

Next, I will cover some of the non-block related additions and changes for WordPress version 5.5.

NOTE: If you are an owner of any of the PLR4WP Volumes or All-Access Pass and have used the included transcripts for your voiceovers, here is another use for them.

As I mentioned at the end of the previous post on the cosmetic changes that took place with the WordPress version 5.5 release, these ‘posts’ are directly from those transcripts.

I use a tool called Grammarly. I drop in the transcript; it walks me through the quick re-write & now I have a ‘readable’ guide versus ‘voiceover’ material.

Anyway, I wanted to point out the cool-tool Grammarly and one of the ways I use it to transform my transcripts.

Here is a video version of these WordPress version 5.5 changes in the blocks & block editor, just in case you are like me and more of a visual consumer of content:

Previously, we covered two essential parts of the WordPress version